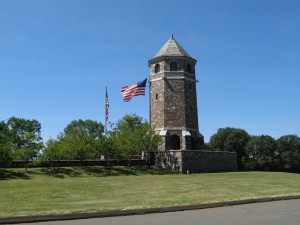 Vernon, Connecticut was incorporated as a town all the way back in 1808. Located in Tolland County, Vernon was incorporated from the town of Bolton and is comprised of the borough of Rockville as well a couple of small villages—Talcottville and Dobsonville.

While Rockville incorporated in 1889, it’s consolidation with Vernon wouldn’t happen for another 76 years. Among Vernon’s various claims to fame—the town was the birthplace of four time Super Bowl champ, Bill Romanowski, who, in total played in the NFL for sixteen years (with the San Francisco 49ers, Philadelphia Eagles, Denver Broncos and Oakland Raiders).

Other well-known individuals with ties to Vernon include Senator Mark Warner of Virginia, who before serving as Governor in that state, was raised in Vernon. Rock and Roll Hall of Famer Gene Pitney also grew up in town, actually taking the stage name “The Rockville Rocket.”

While there are several notable historical sites in town, the New England Civil War Museum is a must-see for history buffs visiting The Constitution State.

During the hot summer months you can trust Aiello Home Services to properly repair or install your air conditioning system to make sure you stay cool. The winter months can be long and cold in Vernon, so you can count on Aiello to make sure your heating system is working. Aiello offers 24/7 heating repair to keep you and your family out of the cold.

Whether it is a plumbing or electrical emergency or just scheduled maintenance, Aiello services Vernon to make sure all your heating, air conditioning, electrical and plumbing issues are resolved successfully in a timely manner. And now Aiello sells and installs new stand-by generators from America’s leading manufacturers, Kohler and GE.