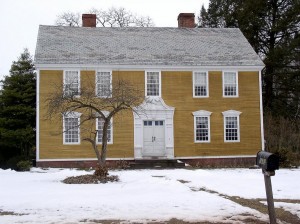 South Windsor is a town in Hartford County with a population of 25,709.

In 1659, Thomas Burnham (1617-1688) purchased the tract of land now covered by the towns of South Windsor and East Hartford from Tantinomo, chief Sachem of the Podunk Indians. Burnham lived on the land and later willed it to his nine children.

Known for its agriculture and ship building, the town supplied more than 200 volunteers during the American Revolution. South Windsor itself was incorporated as a town in 1845. Tobacco was a major crop grown in South Windsor since its founding. However, the town has industrialized and commercialized more over time.

Whether it is a plumbing or electrical emergency or just scheduled maintenance, Aiello services South Windsor to make sure all your heating, air conditioning, electrical and plumbing issues are resolved successfully in a timely manner.