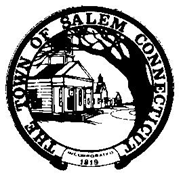 Not to be confused with the location in Massachusetts, Salem, Connecticut can be found in south eastern CT. Located in New London County, Salem, CT was first incorporated in 1819. Originally the home of the Mohegan Native American’s, European settlers first began to settle as far back as 1664. Totaling almost 30 square miles most of which is land, Salem’s rocky terrain lead it to be more of a crossroads town for roadways and especially when the Connecticut River was impassable. The area was named to honor its largest land owner, Colonel Samuel Browne, who came from Salem, MA.

No matter the season or the problem, the expert technicians at Aiello are here to solve any of your home service issues. Our highly skilled plumbers will help with water heaters, toilets, faucets, kitchen sinks, clogged drains, leaky pipes and much more. If, you run into issues in Salem with your air conditioning unit or heating system our trained HVAC technicians will be here to make sure your issue is solved right the first time.

Whether you are in need of emergency service or just looking to schedule a maintenance appointment to make sure your equipment is running as efficiently as possible, give Aiello a call and we’ll be there to make sure you are covered.