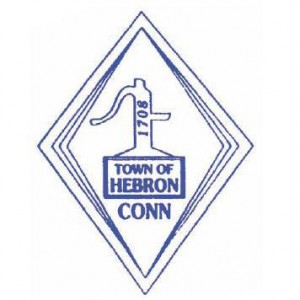 The town of Hebron, Connecticut is located in Tolland County. Incorporated back in 1708, Hebron was actually settled in 1704 before being incorporated, at which time it was still considered a part of Hartford County. The town motto—“Historic charm…with a vision for the future” speaks to its rich history. Hebron officially became a town in 1726, at first in Windham County and later in Tolland County when the two merged in 1785.

In 1803, a new town was founded called Marlborough, made up from parts of several other area towns including Hebron, Colchester and Glastonbury. The town seal of Hebron takes a diamond shape. The very same diamond shape was a popular brand, which was required on all horses kept in Hebron according to a law passed by the Colonial Assembly in 1710.

Recently ranked the sixth top town in Connecticut by Connecticut Magazine, it contains several villages including Hebron Center, Gilead and Amston. While Amston has its own zip code and post office, it’s still very much a part of Hebron. Two older now abandoned historical communities are also located within Hebron town lines—Grayville and Gay City, the latter being home to its namesake park, Gay City State Park.

With its many hiking, biking and mountain biking trails, the park is popular on weekends. The Gay City State Park in Hebron also features a pond and camping, both available in season. One of the areas more popular commercial attractions, the Hebron Harvest Fair, occurs every September in town and features a variety of family-friendly activities including bingo, rides, arts & crafts, pig races, tractor pulls and more.

During the hot summer months you can trust Aiello Home Services to properly repair or install your air conditioning system to make sure you stay cool. The winter months can be long and cold in Hebron, so you can count on Aiello to make sure your heating system is working. Aiello offers 24/7 heating repair to keep you and your family out of the cold.

Whether it is a plumbing or electrical emergency or just scheduled maintenance, Aiello services Hebron to make sure all your heating, air conditioning, electrical and plumbing issues are resolved successfully in a timely manner. And now Aiello sells and installs new stand-by generators from America’s leading manufacturers, Kohler and GE.