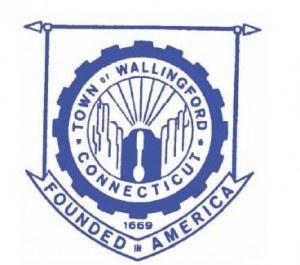 The town of Wallingford, Connecticut was established in October of 1667 at which time the Connecticut General Assembly authorized to thirty-eight planters and freeman, the building of a new “village on the east river.” The town of Wallingford was officially incorporated in May of 1670 and included roughly 126 residents at the time. In 1675, six acre lots were set out and the town included about forty homes which stretched all along today’s Main Street. Built on the ridge of a hill above the sandy plain along the Quinnipiac River, Wallingford’s Main Street was originally nothing more than a “long highway.”

Given it’s nearly 350 year history; it should come as no surprise that a lot of history happened in Wallingford. During the 1690s, Wallingford was the site of one of New England’s last infamous Witch trials. Winifred King Benham, otherwise known as the “Witch of Wallingford,” as well as her daughter, were charged with witchcraft, and despite being found innocent, were exiled from town. Other noteworthy historical events include two trips through town by our nation’s first President, George Washington, who passed through Wallingford in both 1775 and 1789. The town of Wallingford was also the birthplace of Aaron Jerome, Winston Churchill’s great-great grandfather, as well as Moses Yale Beach—founder of the Associated Press.

During the hot summer months you can trust Aiello Home Services to properly repair or install your air conditioning system to make sure you stay cool. The winter months can be long and cold in Wallingford, so you can count on Aiello to make sure your heating system is working. Aiello offers 24/7 heating repair to keep you and your family out of the cold.

Whether it is a plumbing or electrical emergency or just scheduled maintenance, Aiello services Wallingford to make sure all your heating, air conditioning, electrical and plumbing issues are resolved successfully in a timely manner.