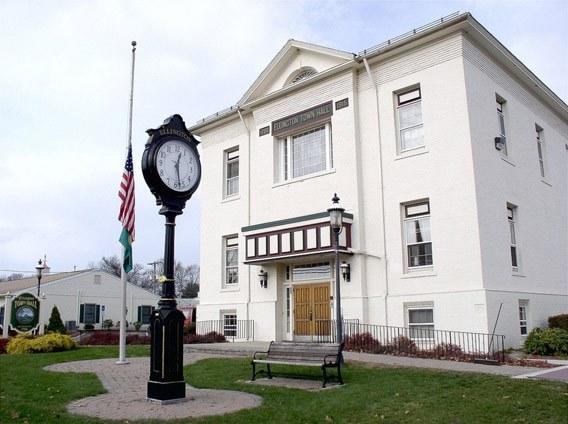 Originally a part of East Windsor, Connecticut, the town of Ellington, Connecticut was also considered part of The Equivalent Lands—several large plots of land made available to new settlers in the Connecticut Colony by the Province of Massachusetts Bay in the Spring of 1716.

Ellington itself was incorporated as a town in 1786. Considering its small size, it’s surprising just how much history there is squeezed into the town of Ellington. The town is home to one of America’s oldest roadside memorials located at the site where ten year-old Samuel Knight was killed in 1812 “by a cartwheel rolling over his head.” Another interesting bit of Ellington history—former resident Ebenezer Nash was the town’s sole representative to the voting on the adoption of the U.S. Constitution (Nash voted against the ratification). Ellington is also home to an old synagogue, Congregation Knesseth Israel, which was built in the early 20th century. At the time, Ellington was home to a large number of Jewish immigrant farmers, settled there by philanthropist Baron Maurice de Hirsch’s Jewish Colonization Association. Listed on the National Register of Historic Places, the synagogue is still standing today and used by an active Modern Orthodox congregation.

During the hot summer months you can trust Aiello Home Services to properly repair or install your air conditioning system to make sure you stay cool. The winter months can be long and cold in Ellington, so you can count on Aiello to make sure your heating system is working. Aiello offers 24/7 heating repair to keep you and your family out of the cold.

Whether it is a plumber you require or perhaps an electrical emergency or just scheduled maintenance, Aiello services Ellington to make sure all your heating, air conditioning, electrical and plumbing issues are resolved successfully in a timely manner.