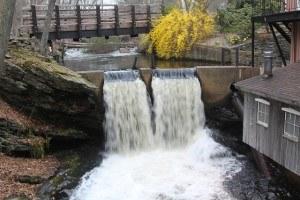 The town of Chester, Connecticut, located in Middlesex County, was incorporated in 1836, although its roots can be traced all the way back to 1672. At that time, the territory was divided into both eastern and western sections and portioned off by a committee within the Town of Saybrook. The property owners that were settled in Chester at the time were most likely simple landowners and farmers. The first settler of note was Jonah Dibble, who settled in the area in 1692. Dibble was able to thrive in the Connecticut wilderness for years, with no one around him but his Native American neighbors, although he was soon joined by other settlers. The land now occupied by Chester was originally inhabited by a tribe of Native Americans known as the Wangums, who lived side-by-side with the white settlers until the late 18th century.

Chester was named after a town in England by Mr. Abraham Waterhouse, whose ancestors originated there. While Chester is a common name throughout the United States, Chester, Connecticut is actually the oldest of them all. Originally a thriving port town, Chester was a shipping and ship-building center back in the day, in addition to its numerous saw mills and lumber yards. Other predominant industries that contributed to early Chester’s economy included grist mills, tanneries and forges. Its spot on the water also made it an excellent location for a ferry boat—The Chester-Hadlyme, which had its western-most terminal located in Chester. The ferry began its run in 1769 and is the last ferry being run across the Connecticut River.

During the hot summer months you can trust Aiello Home Services to properly repair or install your air conditioning system to make sure you stay cool. The winter months can be long and cold in Chester, so you can count on Aiello to make sure your heating system is working. Aiello offers 24/7 heating repair to keep you and your family out of the cold.

Whether it is a plumbing or electrical emergency or just scheduled maintenance, Aiello services Chester to make sure all your heating, air conditioning, electrical and plumbing issues are resolved successfully in a timely manner.